The last year has been hard for me.

I’ve gone through six different combinations of medications to try to push back the Depression that has cast shadows over my life since my ex told me she wanted a divorce. (Actually, as I look back on my life, I can now see that my battle with Depression has been lifelong.) None of the meds have done the trick… but I learned the hard way that being on nothing is much worse than being on meds that work halfway.

I’ve stayed in Lafayette for my kids even though every fiber of my being screamed to move back to China in order to be as far away as possible from the nightmare my life has become. Every time I’d leave the trailer I lived in, I’d see my old house. Every time I had custody of the kids, I’d cook in my old pots and pans, wash them in my old sink, and sit in my old living room until my ex got done with work. Every drive around Lafayette became an emotional minefield. There were roads I wouldn’t drive down and businesses I’d avoid in order to minimize seeing people from my “old life” or places that I used to love.

I’ve slipped further and further away from friends, withdrawing from the world and hiding in books & TV shows. I’d let phone calls go to voicemail. I’d leave text messages unanswered. My trailer became my refuge. When I wasn’t in it, I’d want nothing other than to return to it. When I was in it, I’d leave the shades drawn and count the hours until I could escape from my life for a few hours of sleep. Even then I’d be haunted by a recurring dream that my ex had changed her mind and wanted to get back together.

Hope, which had already been hard to come by, began fading away. Within a month of getting out of an outpatient therapy program, daily thoughts of suicide had returned. Mountains of job applications resulted in nothing. Every step forward felt like it was met with a step backward.

I kept everything bottled up. I only let one or two people see how desperate my life was becoming. Pressure built inside of me. I started putting dates to kill myself on the calendar again, testing the waters to see if I should kill myself and being angry with myself for not going through with it. One night I came within about 30 seconds of taking my own life, only stopping at the last seconds because of the pain I would have been putting my kids through.

I took a vacation to Big Bend with my parents, sister, nieces, and my sons in late July. No one knew but this was a trip in which I was saying goodbye. August 11th was the one year anniversary of my ex saying she wanted a divorce and I was going to give up the fight against Depression on that day. The trip started out just as I had planned but the grandeur of Big Bend, the time away from Lafayette, and the contact with people who loved me changed my mind. I still started purging my possessions, though. I gave away or threw away all of my books on spirituality, emotion, and neuroscience. I went through all of my clothing and donated everything I hadn’t worn in the previous year. I swapped the chair in my trailer for an older chair in my ex’s house.

Within a few days of my August 11th date passing, I was suicidal again. This time I put more effort into my despair. I typed out a suicide note on my computer. It felt good to write that letter as tears streamed down my cheeks. There was something strangely cleansing in the act of writing it. I made a plan to ensure that my kids wouldn’t be the ones to find me dead.

With most of my affairs in order, I found myself holding onto life for one reason: no one would give me permission to die. I called my parents and, for the first time, I admitted to them that I thought about killing myself every day. That same day my ex called my parents to tell them that she and other people close to me were worried that I was going to do something drastic. My parents had the reaction you would expect. Within a week of my telling them how suicidal I was, they were in Lafayette for a pseudo-intervention. They made clear to me that they weren’t leaving Lafayette without me and that they had already found a residential Mental Health Facility for me. Whole Foods has a leave-of-absence policy generous enough that I couldn’t hide behind losing my job as a reason to stay. My parents told me that they were paying for it so I couldn’t hide behind not being able to afford the help I knew I needed. I surrendered and left with my parents for the Life Healing Center in Santa Fe.

My admission on September 9th to the Life Healing Center, affectionately known as “Trauma Camp” by the clients, began like my stay in a Psych Hospital had the previous year: Endless paperwork and assessments by staff. I failed the suicidal and hopelessness assessments with almost perfect scores of zero and was put on suicide watch for my first two weeks. The only reason I didn’t have perfect scores was because I had the support of family and friends.

To say that I was angry about being at Trauma Camp would be a gross understatement. I walked out of sessions when they started teaching mindfulness practices that I used to teach people. I told one facilitator that the video she showed us was beautiful but that “it won’t change one goddamn thing in my life.” Three different facilitators/therapists told me that it looked like I had already made up my mind and had a wall up.

My therapist, a former priest, was brilliant. He started our first session by admitting to me that he couldn’t do anything to change my mind about killing myself. He suggested we just have good conversations over the next month. He told me at the end of our time together that I was impervious to traditional therapy because I could see it coming from so far away. He observed that the only way I would drop my guard was if he shared stories of pain from his own life, so he did that. He told me about his struggles and slowly worked back to my current situation at the end of our sessions once I had my guard down.

After a few days I started engaging with the other clients at Trauma Camp. I took it upon myself to welcome new people into the group. I told them where everything was and asked them why they were at Trauma Camp. My goal was to get a chuckle out of them within a minute of meeting them and I usually accomplished that goal. While I was there, I celebrated one year of sobriety. 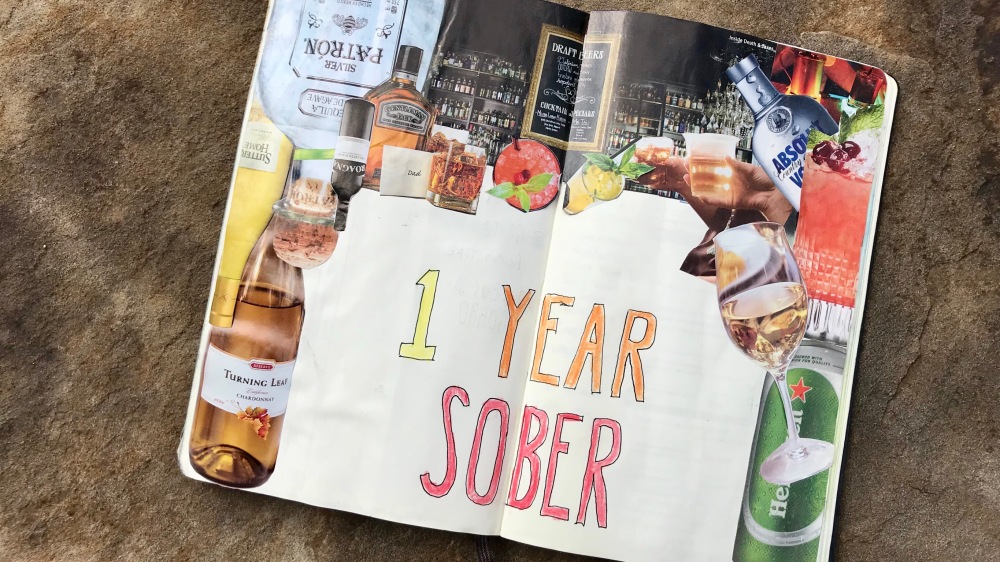 Within two weeks of me being at Trauma Camp, the other clients started to tell me with compassion in their voices that they wished I would be as kind to myself as I was to everyone else I encountered. They could tell from our interactions that I didn’t forgive myself for the mistakes I’d made, that I held myself to a higher standard than I held others to, and that I still was angry at myself for being transgender.

There was a big emphasis placed on “Inner Child” work… meaning that it was important to go back to places of trauma and/or strong emotional memory in our childhood and reclaim those parts of ourselves. During one session of Reiki (AKA a woman waving her hands over me for 40 minutes) I was mentally transported back to a spot I loved as a child: hiding behind the recliner in our living room. I was looking at my six year old self behind that chair and asked her if she was scared of me. She nodded that she was. For the first time in my life, I clearly saw how much damage I was doing to myself with my negative self-talk. I haven’t totally muted my inner critic but I definitely find that I’ve become much kinder to myself with my inner monologue.

After a few of the usual recurring dreams of my ex wanting to get back together with me, my dreams started to shift while I was at Trauma Camp. In one dream I was at my former in-laws home and, after they left, I had to apologize to my ex for staying at their house so long. In my final dream with my ex in it, I was home with the boys and waiting for her to get off of work to come relieve me of parental duties. My subconscious had finally worked out the grief over my divorce.

I also discovered a new artistic medium while I was at Trauma Camp: chalk pastels. I love the ability to smudge, blur, and blend colors that chalk pastels offer. When we would do art therapy and/or art check-ins I always went to the chalk pastels and watched the quality of my art improve over the weeks I was there. I also gave myself permission to use the “wrong” colors… I’m colorblind and I’ve always feared any artistic medium that wasn’t monochromatic. This picture is my artistic interpretation of a day in which depression was starting to bleed back into my life.

Over the last year I’ve had multiple mental health professionals tell me that they didn’t think I would be able to rebuild my life in Lafayette. They told me that it’s too small and too conservative for someone who is transgender. I wanted to leave. Badly. However, I stayed out of duty and responsibility. I’ve always felt like I could hang my hat on the fact that I was a good parent. Even as everything else I’d prided myself on was stripped away from me, I clung to parenting. I cooked healthy meals for my kids and I helped with homework but that was all I had in me. The boys started asking to go outside with me, play board games, or get into town. I told them no every time they made a request like that just because I didn’t have the strength to get out of the chair I was in once I collapsed into it.

Once my parents picked me up and we started the long drive from Louisiana to New Mexico, I gave up my fight to stay in Lafayette. During my time at Trauma Camp, the therapists and clients kept assuring me that I was making the right decision. I finally agree with them. If I stay in Lafayette, I won’t make it. As a result, I’m moving to Dallas. My parents and sister live there so I have support I don’t have anywhere else. In a rather fortuitous turn of events, I had two interviews in the two days I was in Dallas after Trauma Camp and a local Whole Foods has offered me a job as a barista.

I’m leaving Lafayette on October 29th for a city I’ve never lived in before and know next to nothing about. When I was saying my goodbyes at Trauma Camp, my friends told me they hoped that I could find myself in the city that bears my name. That’s what I’m hoping for, too.

10 thoughts on “Holding Onto Life”